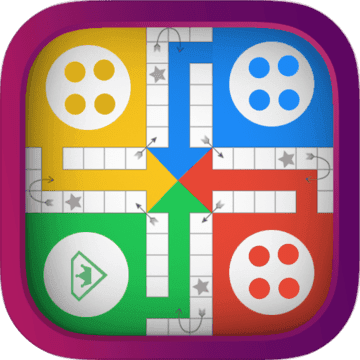 Ludo Star (Original) : Ludo 2017s is best board game from your childhood.Ludo Star (Original) : Ludo 2017s offers playing in three game modes with players from around the world or with your family and friends. Play as many games as you can and collect coins to be Star of Ludo game. Every win gives you additional coins. You can be king of ludo after playing lots of games.You can play Ludo Star (Original) : Ludo 2017s called also Parcheesi and Parques in star rooms for two or four players. Do you want defeat all players and be a King and Star of Ludo? Just download and play that game! You can be a bright Ludo Star (Original) : Ludo 2017s.Every 24 hours you will get free Fortune Wheel Spin! You can earn up to 500k Coins.Ludo Star (Original) : Ludo 2017s offers 3 game modes:
- Classic - classic ludo game mode. Place all your tokens in home
- Quick - quick ludo game mode. Place only 1 token to finish game
- Master - master ludo mode. You can form WALL tokens to block your opponents and not allowing them to be Ludo Star (Original) : Ludo 2017s of that gameChat with other player and send then emoticons. It makes this game even more entertaining.Every match gives you new star. By winning lots of games you will become ludo king! Ludo ahs also other names in other countries:
- Chińczyk in Poland
- Parcheesi in North America for Ludo Star (Original) : Ludo 2017s
- In Greece they call it Griniaris
- In France Le Jeu de Dada or Petits Chevaux
- Italian peoples play this Ludo game as Non t'arrabbiare
- On the other hand in Spain it's called Parchis or Parxis
- Swedish peoples call it Fia med knuff orm Mens-erger-je-niet
- Colombian peoples call it also Parques as Ludo Star (Original) : Ludo 2017sLudo Star (Original) : Ludo 2017s is a strategy board game for two to four players, in which the players race their four tokens from start to finish according to the rolls of a single dice. Like other cross and circle games, Ludo is derive from the Indian game Pachisi, but simpler. The game and its variations are popular in many countries and under various names.Each player rolls the dice. To enter a token into play from its yard to its starting square, a player must roll a 6. If the player has no tokens yet in play and rolls other than a 6, the turn passes to the next player. Once a player has one or more tokens in play, he selects a token and moves it forwards along the track the number of squares indicated by the dice. Players must always move a token according to the dice value rolled. Passes are not allowed. If no move is possible, the turn moves to the next player.When a 6 is rolled, the player may choose to advance a token already in play, or may enter another staged token to its starting square. Rolling a 6 earns the player an additional or "bonus" roll in that turn. If the bonus roll results in a 6 again, the player earns an additional bonus roll. If the third roll is also a 6, the player may not move and the turn immediately passes to the next player.If the advance of a token ends on a square occupied by an opponent's token, the opponent token is returned to its owner's yard. The returned token can be reentered into play only when the owner rolls a 6. There are no "safe" squares on the game track which protect a player's tokens from being returned. A player's home column squares are always safe, however, since no opponent may enter them.Play this awesome game of Royal, Queens and Kings. You will never leave it. 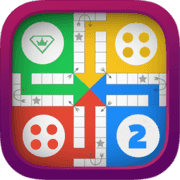 Ludo Star
Board
Open in App 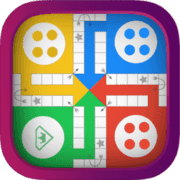