Marvel Contest of Champions US

Summon the Marvel Universe on your mobile device! Prepare for epic fighting action with your favorite Marvel Super Heroes & Super Villains in the ultimate cosmic showdown! Captain America vs. Iron Man! Hulk vs. Wolverine! Spider-Man vs. Deadpool! The greatest battles in Marvel history are in your hands! The greedy Elder of the Universe known as The Collector has summoned you to a brawl of epic proportions against a line-up of vile villains including Kang the Conqueror, Thanos, Maestro and many more! Assemble a team of Super Heroes & Villains to begin your quest to become the Ultimate Marvel Champion!
Compete in the Arenas, team up with fellow Summoners, and battle with your Alliance to earn exclusive rewards! Collect Marvel Champions from over 80 years of Marvel History! Avengers, X-Men, Defenders, Inhumans, Guardians of the Galaxy, Fantastic 4, and more await your summons to battle!Battle in the ultimate free-to-play fighting game: Marvel Contest of Champions!MARVEL CONTEST OF CHAMPIONS FEATURES:BUILD A COMPETITIVE TEAM OF CHAMPIONS:
• Assemble a mighty team of Super Heroes and Villains to build a competitive roster coveted by your foes
• Earn rewards to level up your Champions’ stats, abilities and special moves to create a powerful roster
• Form your teams wisely to receive synergy bonuses based on team affiliation and relationships taken from the pages of Marvel Comics
• Build your strategies and improve your team’s offense and defense abilities with multiple Mastery trees
• Collect over 190 Marvel Champions including Wolverine, Hulk, Black Widow, Groot, Black Panther, Thor, Daredevil, Thing, Cyclops, Scarlet Witch, Doctor Strange, and Phoenix! New Champions are added to The Contest all the time!COMPETE AGAINST THE WORLD’S TOP SUMMONERS:
• Hone your fighting skills while you duke it out in 1v1 fights against Summoners from around the world, The Contest is easy to learn, but only the mighty will master it
• Take part in massive competitions to earn the best Champions, rewards, and notoriety!QUEST AND BATTLE IN AN EPIC AND DEEP MARVEL STORY:
• Quest through an immersive storyline in classic Marvel storytelling fashion to prevent the total destruction of The Battlerealm!
• Battle in epic showdowns in iconic locations spanning the Marvel Universe such as Avengers Tower, Oscorp, The Kyln, Wakanda, The Savage Land, Asgard, the S.H.I.E.L.D. Helicarrier, and more!
• Explore dynamic quest maps and engage in a healthy dose of action-packed fighting adventures utilizing controls developed specifically for the mobile platform
• Battle through more than 6 Acts of quests to defeat powerful bosses like Kang and Thanos and earn valuable rewards TEAM UP WITH POWERFUL SUMMONERS IN ALLIANCES:
• Team up with your friends and other Summoners to build the strongest Alliance and connect with a passionate community of Marvel and Action Fighting gamers
• Strategize with your Alliance to earn exclusive rewards in battle and help them keep their Champions in the fight
• Battle in specially designed quest maps to earn exclusive Alliance rewards in Alliance Quests
• Test your Alliance’s collective skill competing against Alliances from around the world in Alliance Wars!
• Team up with a friend to fight through challenging and strategic battles in the two-player co-op mode, Incursions!JOIN MARVEL’S BIGGEST FIGHT TODAY AND DOWNLOAD MARVEL CONTEST OF CHAMPIONS!Facebook: www.facebook.com/MarvelContestofChampions
YouTube: www.youtube.com/MarvelChampions
Twitter: www.twitter.com/MarvelChampions
Instagram: www.instagram.com/MarvelChampions
www.playcontestofchampions.comTERMS OF SERVICE:
Please read this Terms of Service Agreement and our Privacy Notice before using our services as they govern the relationship between you and Kabam.
www.kabam.com/terms-of-service/
www.kabam.com/privacy-notice/

View History
Sins of the FatherOdin has entered The Contest! To celebrate, a tourney is held in his honor, but the All-Father’s presence brings a dark secret...Odin’s Bifrost GauntletCan you reach the highest level of the Gauntlet and become a God? Step into the ring and ragna-ROCK the competition!All this and more! Check out the full list of exciting updates on the MCoC blog: playcontestofchampions.com/news

Become Your Own Superhero 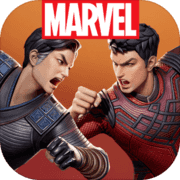 Summon the Marvel Universe on

Summon the Marvel Universe on